Mr Darcy's attitude towards the US election 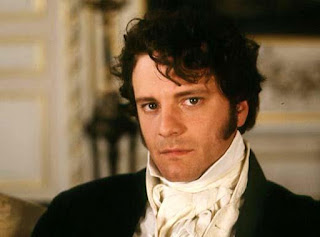 I have seen several posts on Facebook and social media calling for liberals to come together and put differences aside and to work with and accept Trump supporters. To let bygones be bygones.

I'm sorry, but I simply cannot do this. Anyone supporting Trump had to to turn a blind eye to his bigotry, his hate speech, his lying, his casual bragging of sexual assault and you had to think that poor email management was more important a factor when deciding a president than 17+ allegations of sexual assault, a court date for allegedly raping a minor and an imminent case of fraud. Not to mention supporting policies that are dreadful for the environment, education and animal welfare.

Trump supporters may argue back that Clinton has been accused of crimes. What exactly. She was exonerated over the email debacle, and she was just doing what the two previous Republican Secretaries of State had done by having a private server. 22 million emails sent via private servers were deleted by the Bush Administration, which far eclipses what Clinton had done. Trump supporters may claim that one should assume Trump is innocent until proven guilty over the sexual assault allegations. Yet they claim Clinton is a criminal,  guilty of a whole host of issues that have been found to be baseless despite extensive investigation. Where was the investigation into Trump? If there was just one or two allegations of sexual assault against Trump, one could think that it might just be political smearing. But seventeen? This is an astounding number.

Trump was elected on a campaign of hate and supporting Trump meant supporting the most egregiously hateful campaign. That hate is specifically directed against the ethnicity and way of life of many of my friends and loved ones. So if you voted for Trump, you implicitly supported this campaign of hate, or at least thought it was acceptable. I think that either are appalling.

If you supported Trump I have lost respect for your as a person because you have supported someone who has shown no respect to the lives and rights of so many in America. To paraphrase Mr Darcy: my good opinion once lost, is lost for ever.

Posted by The kraken in the aquarium at 11:36 AM