When I grow up, I'm going to work at Hogwarts !

When I first went to university, it was to an ancient one with towering spires and gargoyles, looking like Hogwarts, without the grim Scottish weather. Now I'm in a modern university, no cloisters or wood paneled dining rooms, but none the less there are still many features like Hogwarts... 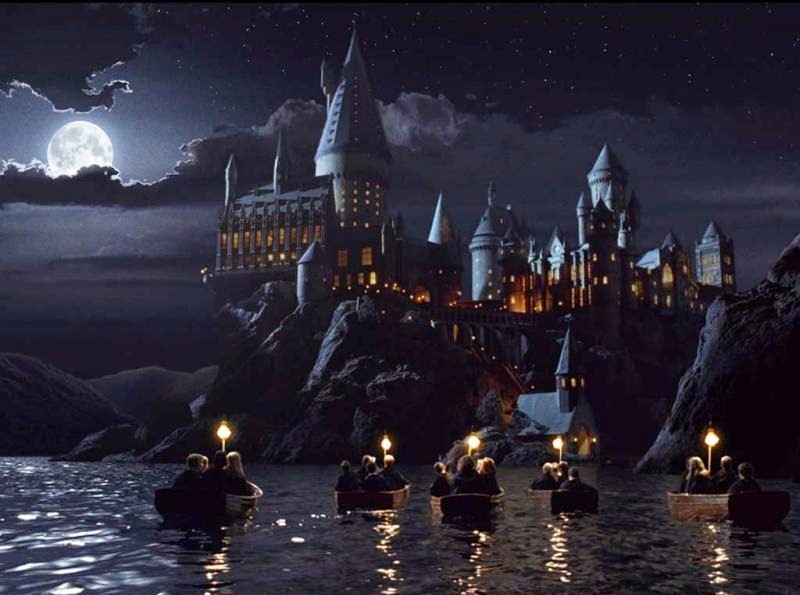 Dumbledore: We have at least two in our department at the moment. Gracious gentlemen (or gentlewomen) patriarchs who quietly help and guide the young faculty and grad students to reach their potential.  But the Dumbledores are beset by the Lucius Malfoys who want them removed because they are 'behind the times', or always butting head with the Ministry who try to force intemperate political decisions on them, that would subvert the quality of teaching.

MacGonnegal: the Matriarch(s) who knows where everything is, and really who is ensuring that everything is running correctly, because quite frankly, Dumbledore is too caught up in his own head. Come to think of it, several of my grad students treat me like that.

Snape: The quiet schemer. Could describe a lot of faculty. Outwardly quite quiet and does their job, but who are actually  secretly scheming behind your back to oppose your new position/funding/tenure approval etc. because for some reason, completely unbeknownst to you, they hate you with a passion.

Delores Umbridge: Seems harmless on the outside, but on the inside is evil incarnate. Offers polite suggestions at faculty meetings, that will actually lead to staff being fired, pay cuts, disenfranchisement of junior faculty, harder conditions for TAs etc. Often end up becoming a Dean, VP or Provost.

Gilderoy Lockhart: Great at promoting themselves and are always in meetings with the Deans or the President and/or posting to the university website about their slightest accomplishment (post to everyone:  Gilderoy Lockhart has given a talk at a conference !) disguising the fact that they actually have precious few ideas or achievements of their own. May even produce materials with  ideas actually stolen off of better minds, usually their grad students or fellow faculty, and claim credit. Probably will end up being a Dean in charge if something special, yet hand-wavingly nebulous so they can never be called on how little work they actually do.

Sirius Black: When you arrive at the university, this is the one faculty member you hear all the bad gossip about. When you get to actually know them you find out that they are in fact, pretty awesome people, but they have been the focus of a lot of spiteful malicious gossip over the years by jealous Snapes and Umbridges. If there isn't someone in your department like this, it's probably because it is you who is the Sirius Black and everyone is gossiping about you.

Dobby and the House Elves: Otherwise known as Adjunct faculty. Tragically grateful  for the tiny stipend the university gives them, and the fact that they are allowed to teach, whilst not realizing they are being hideously exploited.

Howlers: The faculty member who has a melt down tantrum over email over something or other - 90% of the time because  they misread or misunderstood something.

Owl Mail: let's face it, strapping a form or memo to a passing owl would probably be more reliable than internal mail.

Dementors: nebulous creatures that circle your department and drain your away happiness and even your soul. We call them university administration. Any one of those administrative departments that are set up to 'help' you but actually result in three times as much work than if you had done it yourself because of convoluted forms that make taxes seem simple and staff that make the DMV look chipper and perky.

The Houses: Let's face it, all university Departments aren't created equal. Some have all the power players, all the full professors allocations, and new staff positions, better funding for faculty and TAs/RAs, and the most expensive toys. Departments of Conservation/Environment - OK we're Hufflepuff, need I say any more.


Goblet of Fire: Otherwise known as Tenure. You have to perform a series of strange, unusual and artbitrary tests, that finishes with everyone who was involved being scarred, with even the winner being traumatized, and potentially even one or more corpses.
Posted by The kraken in the aquarium at 1:51 PM