Shocking as this might seem, I was a very nerdy teenager. Plus I looked very much like Daniel Radcliffe in the worst fashions the 1980s could offer. My high school love life was a morass of nerdy angst, paranoia and neuroses with more near misses and spectacular crashes than all of the Jason Statham Transporter movies added together. But thanks to Facebook I have discovered that I was not actually such a hopeless disaster after all.

Several of my old high school crushes are now on Facebook and I discovered that one of my long-term crushes (and my biggest academic rival/arch nemesis) also had a huge crush on me (and also considered me to be her biggest rival/nemesis too, which also pleases me).

One of my other big crushes (we also had our mutual "first kiss" but what followed was a truly epic crash of Statham-like proportions and a long period of, what I thought was unrequited, longing) won't actually FB friend me because she is now recently married and worried about facebook friending her "first love". I thought my big crush was unrequited and I had been epically dissed - turns out she was super shy, could not bring herself to talk to me after our romantic liaison, and I obviously had a much bigger impact on her life than I had imagined.

One of my biggest teenage traumas was, however, my dreadful first date. I arrived at the appointed hour (cunningly pretending to my parents that I was meeting a friend at a book shop) but said date did not arrive. I was stood up on my first ever date! I spent some six hours wondering around the bookshop with my teenage heart crushed into tiny pieces until my parents arrived to pick me up, and take my heartbroken carcass back home, while I pretended that I had a great time. It turns out that she had been forbidden to date boys by her extremely strict and conservative parents, but and had been kept home, but had been too embarrassed and afraid to tell me - in fact very far from the rejection I had thought it was.

Facebook has generally been good to me as far as exes are concerned, my first real love actually invited me to Facebook (although sadly a possessive boyfriend sadly led to her actually leaving facebook altogether), and my exes from long term relationships are good friends with me and we chat a lot - sometimes you just realize you are fundamentally incompatible, but that doesn't stop you from being close friends and caring about each other, once the dust has died down.

But to get back to the topic, I've discovered, thanks to facebook, that I was not such a romantic unloved failure as I thought in my teenage years. I just have a huge attraction to nerdy girls (see my earlier blog on my infatuation with nerd girls), who in their teens  were as nervous, shy and neurotic as I. Plus, quite frankly, when it comes to determining whether a girl likes me or not, I am spectacularly blind - she really needs a massive sign in flashing neon above her head for me to pick up the signals. Those teenage nerdettes could have probably been jumping up and down, waving at me and I might not have seen they liked me... So thank you facebook, it may be 30 years too late, but you have greatly bolstered the ego and confidence of my teenage self. 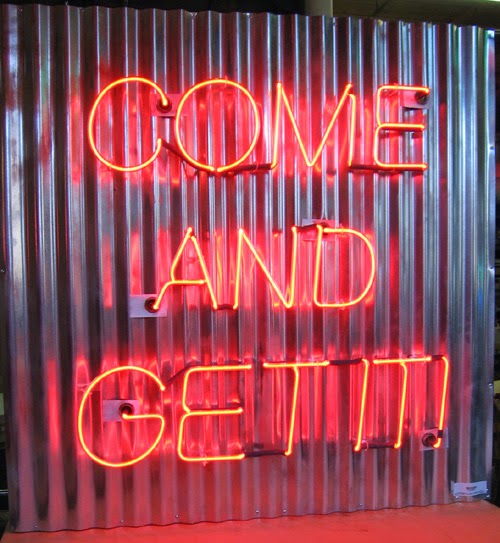 How to subtly tell me that you might be interested in me romantically - wear this on your head ...

Posted by The kraken in the aquarium at 4:58 PM